Exit, Pursued
by a Bear 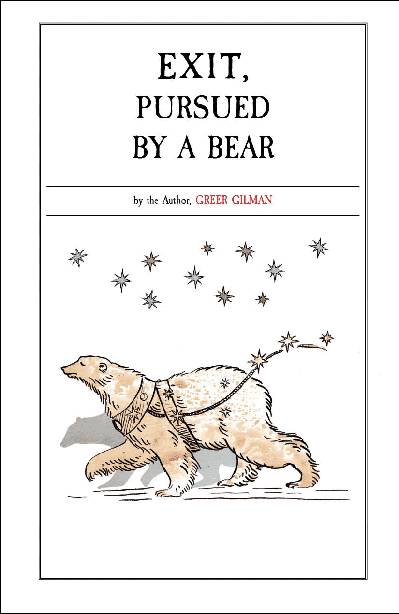 Ben Jonson has written the part of a lifetime for the Prince of Wales: he will play Oberon, the King of Faerie. It's only theater. What could go wrong?

Henry Stuart, heir to the British throne, is everything he should be; clever, handsome, a real hero. Unfortunately, he is also tone-deaf in his dealings with the Unseen World. Unbeknownst to him, his ambitious plans for a coming-of-age court masque taking Faerie as its subject have enraged his neighbor monarchs, Oberon and Titania, who perceive in Henry's theatrical project a slight to their authority.

Seeking recompense, they assign the undead poet Kit Marlowe a task peculiarly suited to his wild imaginative powers: to bring them the heir to the throne, and rewrite the course of human history.

As supernatural storm clouds gather, the poet Ben Jonson must struggle both to execute the masque-commission set him by Prince Henry, and investigate the trail of unsettling events that has begun to surround rehearsals with a sinister and uncanny aura.

Actors go missing, the special effects can't be counted on, and of course Henry would insist on a chariot pulled by live bears, but more worryingly: what are these dreams which shake royal performers and professional actors alike? Can Ben work out their portents in time, or will Kit Marlowe have the last laugh, after all?

"The prose Gilman wraps her characters in is rich with references and imagery specific to the period. There's magic in how she layers each word, building hedge mazes of language. Some readers may approach her work with caution, terrified of getting lost, but the risk posed by her Joycian prose is worth it. Gilman indiscriminately animates playwright Christopher Marlowe, dead, but alive to do Queen Titania's bidding in Faerie, and bears, referred to as Jug and Toby by the bearward with affection. Her scenes skip from the scatological to the ethereal, never losing the confident voice with which she seduces her reader."

"If you find any of what I've described here impressive - and I haven't even gotten into the highly inter-texual practice Gilman uses, or the way that Shakespeare breathes all through both the language and plot of both novellas (rather to Jonson's irritation) - I do! very much! recommend investing the time to read Cry, Murder! and Exit, Pursued."


Halfway in the air, the moon stuck fast.

But already a fellow in a satyr's netherstocks had swarmed the scaffolding with five or seven of his rout, all twitching at the shrouds.

And now she toppled on her back, lay hicketing and heaving toward an exaltation endlessly denied.